This was a post I did on my blog about 2.5 weeks after I had my son Cooper (who is now almost 6 months old). If you think you might be bleeding too much after having your baby, GO  IN. It might just save your life!

DISCLAIMER: This post is for the purpose of telling people what I went through and helping other moms recognize similar symptoms. I did NOT write this post to simply gross people out! That being said, it is quite graphic, so if you aren’t good with blood stories, I don’t recommend reading this.

Hey everyone! For those of you who were wondering about what happened to me yesterday, I figured that I would post a quick update. It’s better than a Facebook post, right? I also figure that this post will help other moms who are wondering whether or not they need to call their doctor if they have these symptoms. Hopefully this post will help you make a decision about that!

Yesterday, I was about 2.5 post-partum. I’d been feeling your typical pains – cramping, some nausea, and some dull pain in my lower abdomen – pretty much ever since I left the hospital with little Cooper, but after calling my doc to talk about my symptoms, I determined that they were just that – normal. I didn’t think much of those symptoms until yesterday.

We were planning on celebrating the fact that Cooper’s due date was officially yesterday PLUS the fact that it was also Pi day (I know – brilliant timing right??), so we had some fun, at-home dinner plans starting to brew. However, shortly after 3:00 PM, I started to feel really sick, and the pains in my lower abdomen and below were sharpening all of a sudden. I also started to notice some heavy bleeding, which I had had the day before for an hour or two as well.

This bleeding was a little different, however, because I was passing clots that were golf ball sized over the course of an hour. I also had to LITERALLY change my sweats twice in 20 minutes because of how heavy my flow was, and that was even with me wearing really large maxi pads that I was switching out immediately after drenching them (again, not trying to be disgusting – just trying to explain what was going on for my other mommas out there).

For those who want to read a little more about PP Hemorrhage, this is a really good article.

At this point, I was really scared. I am a big health researcher, so I’ve been doing a lot of reading on postpartum recovery and health risks over the past two weeks. A few days ago, I came across postpartum hemorrhaging and what symptoms I should look out for. Two of those symptoms (kind of the big ones) were large clots and bleeding that soaked more than a few pads in an hour. Sounded like what I was going through! Additionally, my nausea was getting much worse, and I was starting to feel a little dizzy. After calling my mom over and having my husband (who is an EMT) come and check my bleeding, we all determined that I needed to call my doc.

My doctor called me in for hematocrit check and ordered an abdominal ultrasound at the hospital, which they would have to schedule (and considering the fact that it was about 4:30 when I called in and the regular OB clinic at the hospital closed at 5:00, it was likely that I wouldn’t be seen until the next day). So mom stayed with the kids,and we headed in. Even though I wasn’t feeling good, I was expecting to be back home within the next couple of minutes.

We got to my OB’s office, and upon sitting down in the waiting room, my bleeding massively escalated . I had to rush to the bathroom to keep my bleeding from getting all over the waiting room chairs. I soaked yet another pair of sweats in that moment, so I sent my husband to grab a towel that we had brought with us so I could sit on it while I was getting my hematocrit checked. After about 10 minutes, I was able to put a new pad on and waddle awkwardly into the patient room to get checked. The nurse checked me, found my hematocrit to be normal, and then handed me the number for Radiology to figure out when my US was.

She left the room, and it happened AGAIN. Bleeding. Everywhere. I quickly checked myself before trying to make it to the bathroom, and that brand new maxi pad was full, and blood was pooled almost all the way to my lower stomach since my legs were together when it happened. My husband grabbed two chucks from the drawer in the patient room (pads were obviously not cutting it, and we rushed to the bathroom. Chris had to help me down to the toilet since I was shaking and unstable at this point.😦 With as much bleeding as I was having now, Chris and I decided it was probably time to jump the gun and head to the hospital instead of waiting for the call from Radiology. I couldn’t stop the bleeding with toilet paper or pads anymore, so we folded up the chuck and stuffed that in my pants so that we could at least make it to the car without bleeding through again.

Chris started to help me stand up, but I started to lose complete control of my body. I remember saying, “I think I’m going to pass out,” before everything just went black.

The next thing I knew, Chris was saying my name and shaking my arm, and my legs were elevated against the bathroom wall. I could hear the lights in the bathroom buzzing like a fire alarm. My ears were ringing. The room was spinning and blurry. Chris’s voice was like we were in some massive cave and just echoed over and over again. Nothing made any sense, even though I was trying so hard to comprehend the words coming out of Christopher’s mouth.

I heard the door open, and the physician that was in the office (my OB wasn’t there because she does clinic on Thursdays and surgeries and deliveries at the hospital on other days) was talking to Chris. I heard, the word “ER” leave his mouth, and I started to kind of understand that I was not in good shape at this point. I started vomiting, and the bleeding had clearly gone through the chuck again, so the only thing I could think was, “I might not pull through this.” Before I knew it, Christopher and the doctor had somehow pulled me into a wheelchair, and I was being wheeled out to our car. I was starting to come to a little more as we were driving to the hospital, but if Christopher hadn’t have been talking to me the entire time, trying to keep me awake, I’m certain I would have passed out again.

My head kept bobbing in the ER waiting room, so Chris had to hold my head up to keep me awake.  I kept vomiting until we got into a room (which seemed like forever). Short story? I felt horrible.

We got to a room, they took samples of my clots and did a rough measure of my bleeding, gave me some nausea meds, and brought US down to check my uterus. They determined that I had leftover placenta that had never shed, so at that point, it was time for an emergency D&C.

My OB was there in just a few minutes (way to go Kari!), and the anesthesiologist wheeled me to the OR. Before I knew it, the quick surgery was over, and I was in the recovery room (for those of you wondering, I was knocked out for it).

I had a short stay in another recovery room in the Women and Children’s Center with Christopher and my dad, but in just an hour or so, we were on our way home. My bleeding had almost completely stopped (thank goodness), and all I was feeling was some mild dizziness because of the pain meds. I was so grateful – I was going home to my babies!!!

All in all, yesterday was probably one of the scariest, worst days of my life. I’m so thankful for prayers and for an AMAZING doctor, all of which helped make yesterday turn out better than it started!

So moms – if you have a gut feeling that you’re bleeding too much after going home from the hospital, do NOT wait to call your doctor. They were prepping blood for a transfusion in case I needed it while I was in the ER, so I have a feeling that, had I waited, I could have needed it. It’s so much better to err on the side of caution in these types of situations! I only had a very small piece of placenta left in my uterus, and it cause massive, massive amounts of bleeding. Imagine if you had more than me left in there! It might not turn out as well as my situation did if you decide to wait too long. Also, I encourage all of you to be as informed as possible when it comes to your health and the health of your baby, both before, during, and after your pregnancies. My doctor always had lots of answers to my many, many questions all throughout my baby journey, and the articles I constantly read on reputable health websites helped me to know when it was time to call in for help.

Good luck mommas! Hopefully this post helps you and doesn’t just make you sick to your stomach! And keep in mind… as I tell my OB all the time, I’m “high-maintenance” and just have really rough pregnancies and recoveries, so this most-likely won’t happen to you. However, it’s always good to be prepared – You never know!

Have a good day everyone, and again, THANK YOU to everyone who helped support us yesterday!

One of these days I’ll post Cooper’s AWESOME birth story (which was totally perfect and wonderful, by the way) to offset all of the scary, awful things I’ve posted in the past couple of years… LOL! 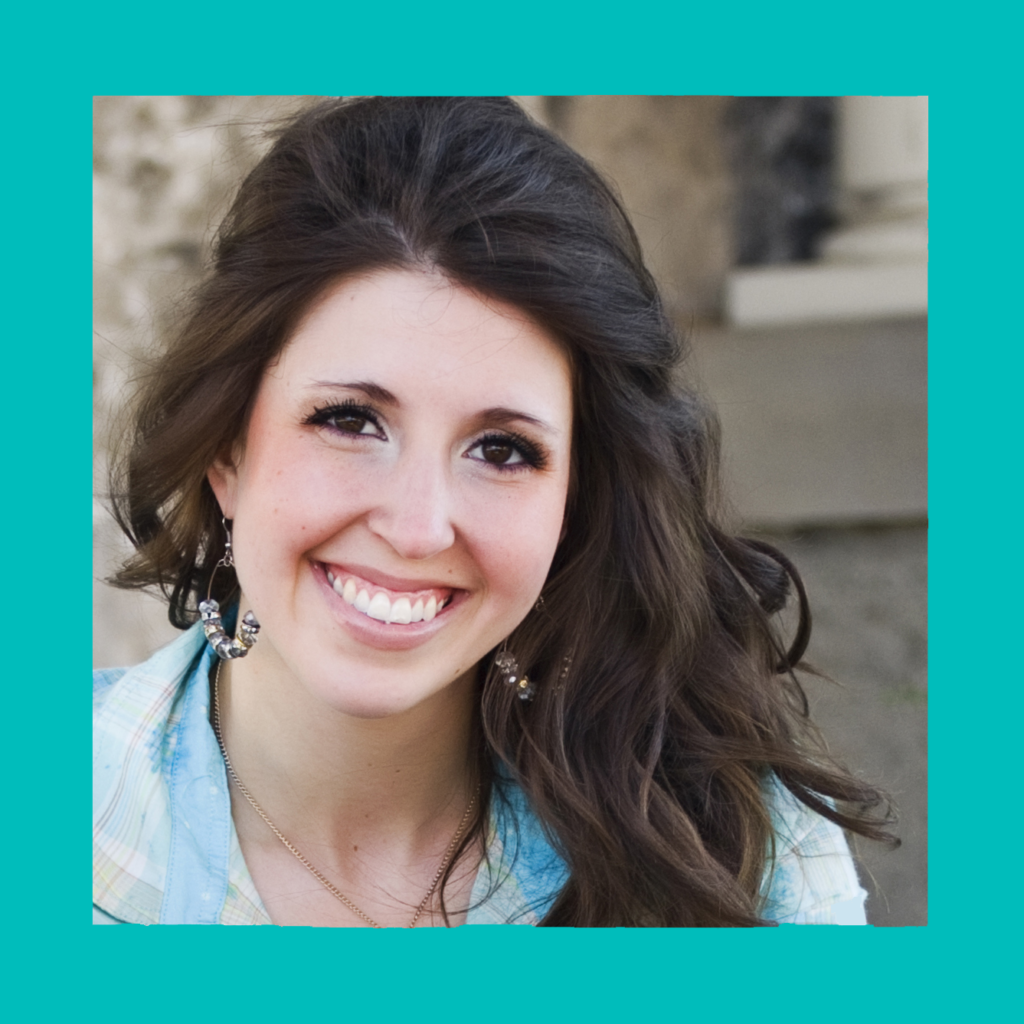